Learn how to pronounce Mölkky

Thank you for contributing Congrats! You've got the pronunciation of Mölkky right. Keep up. Oops! Seems like your pronunciation of Mölkky is not correct. You can try again.
Original audio Your audio Congrats! You have earned {{app.voicePoint}} points
Since you have exceeded your time limit, your recording has been stopped.
Can you pronounce this word better
or pronounce in different accent or variation ?
Contribute mode
x x x
Recording
Click the record button to pronounce Unfortunately, this browser does not support voice recording. We recommend you to try Safari. Unfortunately, this device does not support voice recording
Recording
Click the record button again to finish recording
You can contribute this audio pronunciation of Mölkky to HowToPronounce dictionary. 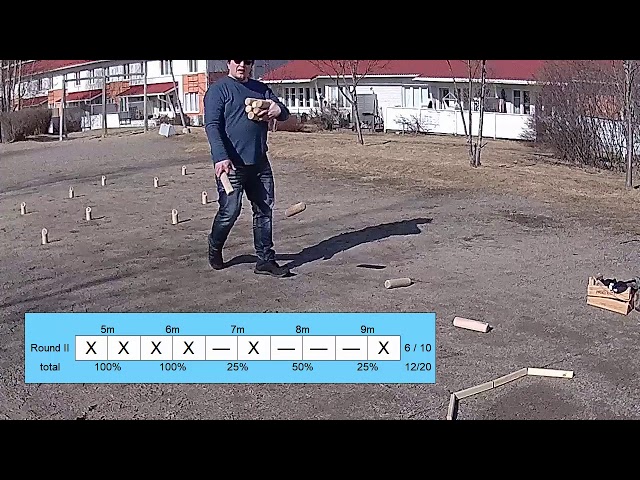 ölkky (Finnish: [ˈmølkːy]) is a Finnish throwing game that was created by the company Lahden Paikka – formerly known as Tuoterengas – in 1996. Given the exotic name of the game, Mölkky is commonly misspelled as molky or molki. The word mölkky was coined by its creators and has no actual meaning. It was probably inspired by the Finnish word pölkky, which means block of wood. Mölkky is a game that requires both skill and precision, but also a strategical mindset!
0 rating rating ratings
Iia Jaakkonen
Se on suomalainen heittopeli, jonka Lahden Paikka -yritys keksi vuonna 1996.
0 rating rating ratings
Osmo Haapala

Learn more about the word "Mölkky" , its origin, alternative forms, and usage from Wiktionary.

The right way to pronounce dyrt in Swedish is?